Modern golf is suggested as a Scottish invention! Now a  well-recognised sport and recreational activity, that has spread throughout the world.

Indirectly, through the activity and Calvinistic religious prohibition beliefs, being the drive to the creation of the Sabbath cane, Sunday stick or golf walking stick.

The Use Of A Sabbath Cane

Imagine the frustration of not being able to practice your most loved game, on a beautiful Sunday, while making your way to church. Whether it be an individual inspiration, or a golf club maker the Sunday stick became a reality.

A means by which an avid golfer could walk ,unobtrusively practising shots on pebbles, stones acorns etc. Should the golfer be seen, the Sunday stick could be turned quickly around, to resemble a walking aid or dress attire.

The Maker Of A Sunday Club

The golf walking stick, to the untrained eye would be just a normal golf club. Closer inspection will show a Sabbath walking stick is shorter, with a smaller head and a conventional brass ferrule instead of a conventional golf handle grip. These unusual walking sticks, likely made by the club maker’s apprentice from the late Victorian period. A means to hone the skills imparted by the master, to the apprentice before the individual embarked on the making of full size golf clubs for the following summer season.

The Sabbath cane arrives in a multitude of traditional materials, that replicate each and every golf club then available. The majority not holding the makers stamp, however there are some that do, and therefore command a greater value.

These really are unusual canes that give added interest to any walking stick collection. 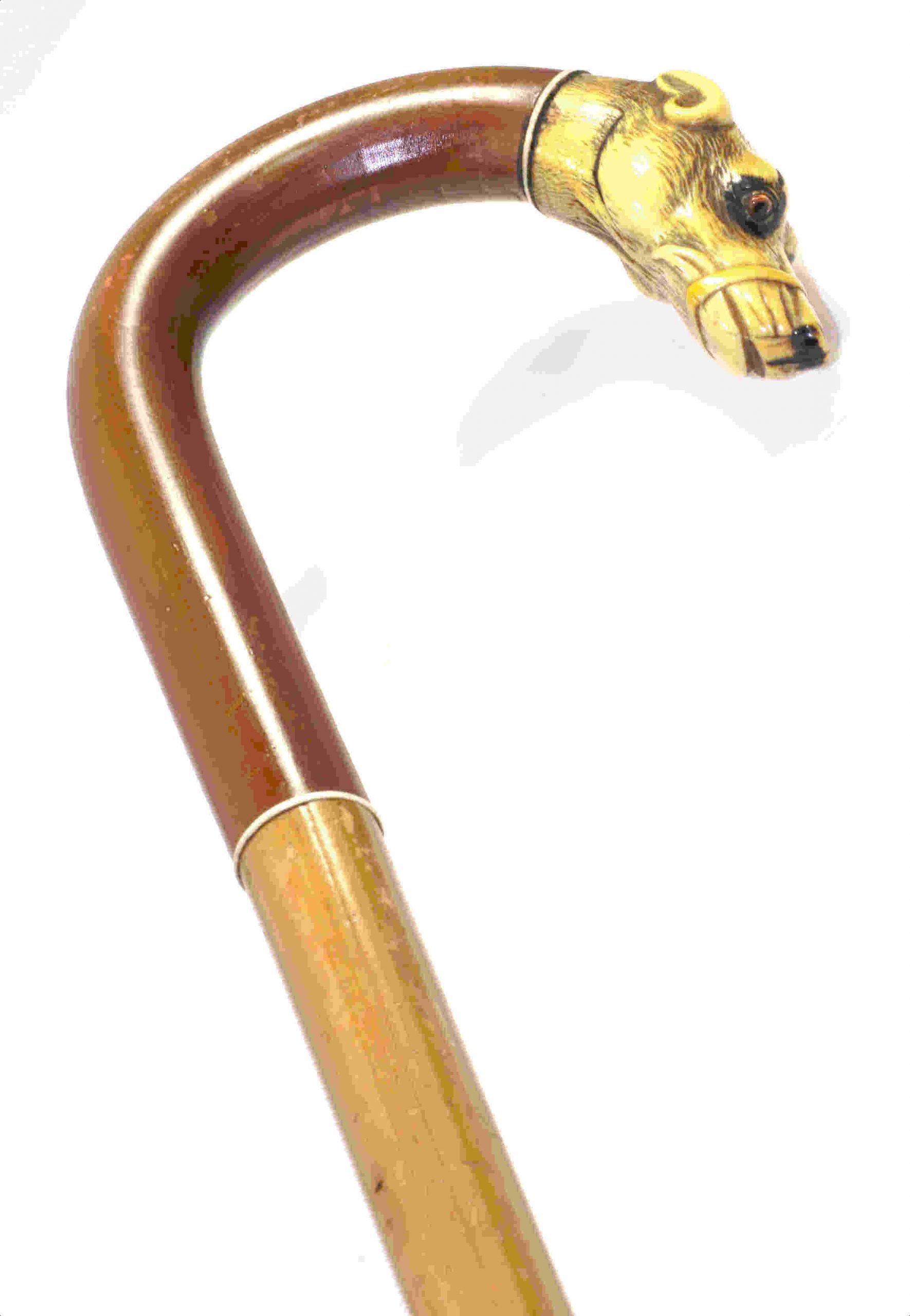